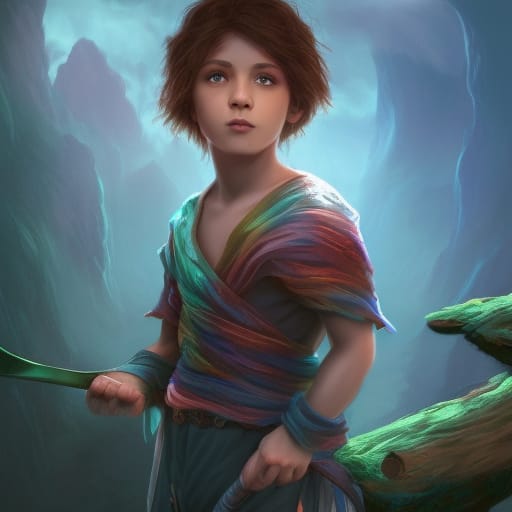 The boy’s name was Daniel, and he was a very special child. Unlike other kids his age, he had a gift – the ability to heal. It was a rare and powerful talent, one that he had been born with but didn’t fully understand.

Daniel was an only child, and he lived with his parents in a small town in the countryside. His father was a farmer, and his mother was a nurse at the local clinic. They loved him dearly and did their best to provide for him, but they couldn’t help feeling a little scared and confused about his powers.

At first, Daniel didn’t realize that he had the ability to heal. It wasn’t until he was five years old that he had his first experience with it. He was playing with some friends in the park when one of them fell and scraped his knee. Daniel instinctively put his hand on the wound, and to his surprise, the cut began to close up and heal before his eyes.

His parents were shocked when they saw what had happened. They had never heard of anyone with such a gift, and they didn’t know what to do. They decided to keep it a secret and not tell anyone, hoping that it was just a one-time thing and that Daniel would grow out of it.

But as the years went by, Daniel’s powers continued to grow and develop. He learned how to use them to help people, and he started using them to heal others whenever he could. He healed cuts and scrapes, bruises and sprains, and even more serious injuries. People in the town began to notice that Daniel was special, and they started calling him the “healer boy”.

At first, the townspeople were happy to have a boy with healing powers in their midst. They were grateful for the help that Daniel provided, and they praised him for his kindness and generosity. But as time went on, some of them began to fear him. They didn’t understand his powers, and they were afraid that he might use them for evil instead of good.

The town leaders decided that they had to do something about Daniel. They called a meeting and discussed what to do. Some of them wanted to banish him from the town, while others wanted to keep him around but keep him under close watch. In the end, they decided to do neither. They decided to let Daniel continue to use his powers, but they also decided to keep a close eye on him and make sure that he didn’t use them for harm.

So Daniel continued to live in the town and use his powers to help others. He was happy to be able to do good in the world, even though some people were afraid of him. He knew that he was different, but he also knew that he was doing something important, and that made him proud.

The boy with healing powers

The boy’s name was Daniel, and he was a very special child. Unlike other kids […]